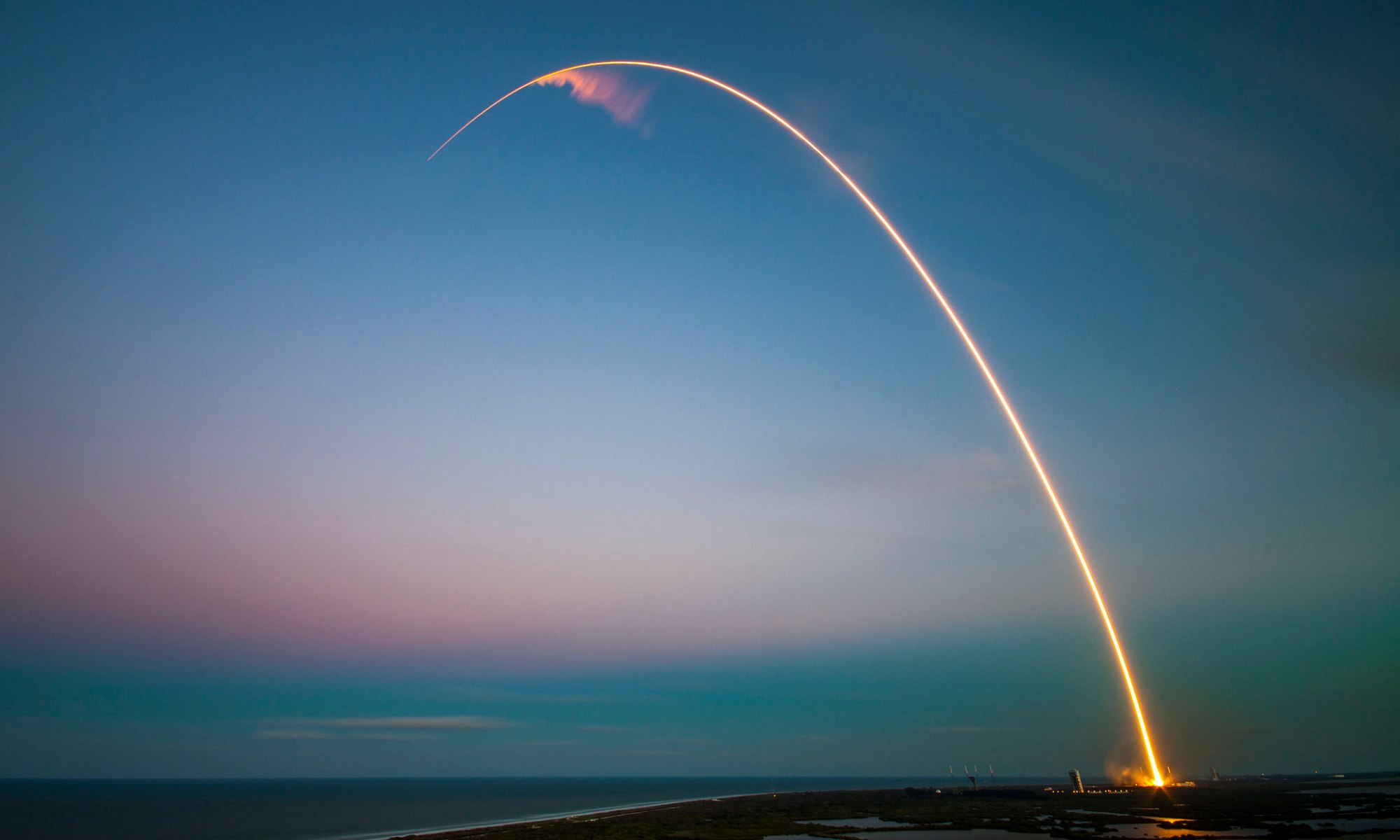 Humanity’s past and future are deeply intertwined with exploration. During hard times, the bravest ventures have always pushed the bar of progress a little higher. Consciousness and curiosity have walked hand in hand and the magnetic attraction towards the unknown has guided history and led to those peak achievements of our civilization.

Today’s era is space exploration. The creation of new commercial interests and economic spheres up in space and a renewed rush to interplanetary resources, are just predictable consequences of major technological and social changes set to occur in the next 20-30 years.

The new Space 4.0 is characterised by the emergence of new interactions and partnerships among governments, private companies, universities, and non-profit organisations, thereby exponentially growing the number of players in the game.

But the most powerful effect of Space 4.0 is the rapid change in balance between institutional players and commercial ventures. In fact, public institutions will tend to become end-customers, leaving most of the power to the private initiative. This trend will also be emphasized by the increased availability of venture capital investment, which recognises the importance of this new economic frontier.

However, Space 4.0 is not the ultimate goal of space exploration, but just the trigger for a broader evolution of commercial spaceflight.

In 2015 alone, Venture Capital investors poured nearly $1.8 billion into space startups, nearly doubling the amount of venture cash invested in the industry from the past 15 years combined.

What triggered the interest, as usual, is data. The global economy in the 2015-2025 decade will grow along the three pillars: data gathering, data mining, machine learning and artificial intelligence applications. This will turn data into services, which will ultimately generate revenue. In this context, the circum-terrestrial space and the Low Earth Orbits (LEO) represent the new frontier of data sources.

As Carissa Christensen (CEO of Bryce Space & Technologies and adviser to several commercial space startups) said in an interview for Fortune Magazine:

“A slew of space industry startups – companies like Spire, Planet Labs, Mapbox, BlackSky Global, and Orbital Insight – have attracted venture funds by positioning themselves along a space-based data supply chain, either by building and managing constellations of small Earth-imaging satellites or by managing and crunching the data those satellites collect. Deployed in large enough numbers, these constellations can provide a regularly refreshing bird’s-eye views of the entire planet—data sets from which companies can monitor global economic activity. The play is not because it’s space. The play is not even because it’s imagery. The play is because these satellite systems are going to create large data sets, and those data sets yield insight into corporate policy and industrial activity around the globe—things like corporate supply chains, oil production, or shipping and maritime activity.”

As we have seen, the Phase 1 that culminates with Space 4.0 pushes the private sector to flourish especially in the processing of data products downstream the space-based infrastructures. The peculiar consequence is that this is opening the door to even more players as the barriers to entry the space market will crash down. Today, a space startup can easily position itself by providing a service, an algorithm, or an app, built on top of public (or private) databases provided by satellites constellations.

The emergence of an ecosystem of space-based services creates a bottom-up thrust, which impacts the space hardware and space launch industries as well.

Let’s consider the four big factors influencing the price of launching a payload into orbit:

The increased demand stemming from Phase 1 will act as a catalyst for a dramatic increase in factors 2 and 3. New launcher ventures like SpaceX are already pushing in this direction to cut launch cost. In addition, Space 4.0 will likely overlap with Industry 4.0, bringing continuous advancements and breakthrough in manufacturing, logistics, production strategies, thereby impacting factor 1 as well.

Thus we enter a virtuous circle, since a cost reduction is likely to increase launch rate even further and in turn encourage a greater reusability rate through the creation of better technologies (e.g. 3-D printing, miniaturization, AI, robotics, and virtual reality).

Now, if the need for space constellations is peaking, the demand for cheap launchers will follow suit, thereby boosting the offer as well. And new space launchers can capture segments of the market by offering low cost access to space.

A simple explanation of this mechanism is provided by OneWeb General Manager Scott Sprague (the US-based startup recently raised over $1 billion venture cash to build the 2,000+ satellites LEO constellation), commenting on a fresh agreement with Blue Origin:

“It is something that came up as a supplement to what we have in place with Arianespace with Soyuz and with Virgin Galactic,” he said. “The core of the network will be launched on Soyuz rockets, but we needed some alternatives and we want to keep driving the industry to provide more choices on the launch side with more cost-effective solutions. I think it’s important for all of us to have these, so we are excited about where Blue Origin is headed.”

It is reasonable to believe that those technology players so active in Phase 1 will try to achieve a vertical integration and invest to gain direct access to the data sources they use for their services (remember they are literally sitting on piles of cash). We are already seeing today some bold moves from Google (see the $1 billion investment in Elon Musk’s SpaceX, and the rumoured involvement in the OneWeb Constellation project), Amazon (see the Blue Origin space startup funded and controlled by Jeff Bezos), or Microsoft (see the SpaceShipOne and Stratolaunch Systems ventures launched by Paul Allen).

The steady increase in the number of competitors will ultimately sustain factor 4, just like airlines today engage in price wars for civil passengers market.

It is clear that all the four factors determining the launch price are pointing towards the same direction: the commoditization of space access.

However, Phase 2 will probably cause an escalation of the so called Kessler Syndrome linked to the exponential risk of collision among objects flying in LEO. This phase will likely end with a rapid adaptation of international policies and regulations, creating heavy limitations to any further commercial development of circum-terrestrial space.

Once humanity will have occupied all the available circum-terrestrial space, the only available alternative for new commercial ventures is to look beyond. The commoditization of space access occurring in Phase 2 will be the preliminary condition to create the case for business in Phase 3.

Thus, the emergence of new commercial ventures creating economic profit from outer space will be triggered by 2 major events:

In this context, the new commercial ventures will push the economic frontier towards exploiting interplanetary resources on celestial bodies and asteroids, and developing temporary or permanent space colonies on the Moon and Mars (populated either by humans or androids). This Phase 3 will shake the balance of economic interests, shifting the focus from an Earth-based economy towards a Space-based economy.

The three Phases described earlier will undoubtedly overlap as the evolution of technology and human initiative are never linear and rarely comply with expectations and forecasts. Several discoveries and political/economic conditions might suddenly slow down or speed up some aspects of the human spaceflight adventure.

However, the trajectory outlined here has some key elements, which need to be nurtured and defended at any cost: human curiosity and ambition. Space entrepreneurship is still niche in today’s startup landscape, but will ultimately drive our progress in space in the years to come.

I think this is an exciting time for space: many opportunities are flourishing and it’s up to entrepreneurs and investors to realize there’s a new gold rush up there in the skies.

“We set sail on this new sea because there is new knowledge to be gained, and new rights to be won, and they must be won and used for the progress of all people. We choose to go to the Moon in this decade and do the other things, not because they are easy, but because they are hard; because that goal will serve to organize and measure the best of our energies and skills, because that challenge is one that we are willing to accept, one we are unwilling to postpone, and one we intend to win”.

Ciro Borriello holds an aerospace engineering MSc at the Politecnico of Torino and an MBA at the University of Cambridge. Previously R&D and Innovation Project Manager at Airbus, now Space Programme Management officer and Risk Manager at EUMETSAT, futurist author and space entrepreneur.

How to Make a Spaceship: A Band of Renegades, an Epic Race, and the Birth of Private Spaceflight by Julian Guthrie

The History of Human Space Flight by Ted Spitzmiller

16 Replies to “Space 4.0 and the Future of Commercial Spaceflight”